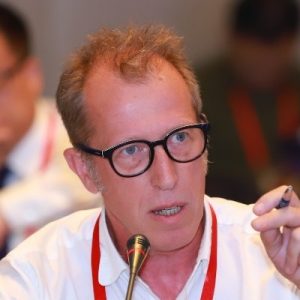 Director of the Nuffield Council on Bioethics

Hugh Whittall is the Director of the Nuffield Council on Bioethics, whose task is to identify and report on ethical questions raised by new developments in biological and medical research. Recent reports have covered areas including neurotechnology, emerging biotechnologies, children and clinical research, biodata and genome editing.

Prior to that Hugh spent three years at the European Commission in Brussels, involved in the funding and promotion of bioethics research, and he was for several years Deputy Chief Executive of the Human Fertilisation and Embryology Authority.