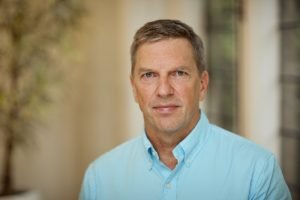 Professor Julian Savulescu is an award-winning ethicist and moral philosopher, recognised internationally for his world-leading research into the ethics of future technologies. Trained in neuroscience, medicine, and philosophy, he has held the Uehiro Chair in Practical Ethics at the University of Oxford since 2002.

In 2003, he founded the Oxford Uehiro Centre for Practical Ethics, ranked as one of the world’s top research centres in Practical Ethics with 25 researchers working on the ethics of AI and big data, genetic technologies, and neuroethics. He also co-directs the Wellcome Centre for Ethics and Humanities, and the Oxford Martin Programme for Collective Responsibility for Infectious Disease. Julian is also a Distinguished Professorial Fellow at Murdoch Children’s Research institute and Melbourne Law School in Australia, where he spends part of the year and directs the Biomedical Ethics Research Group, with a focus on genomics.

Julian is a Fellow of the Australian Academy of Health and Medical Sciences and has an honorary doctorate from the University of Bucharest. Prizes include the top Australian leadership award in the ‘thinker’ category, presented by the Australian Prime Minister, and the Daniel M Wegner Award for research innovation.